Uranium’s ultra-high energy density allows nuclear power plants to generate large amounts of electricity efficiently. A single pellet the size of your fingertip has the same amount of energy as a ton of coal and produces zero carbon dioxide during its use to produce electricity. 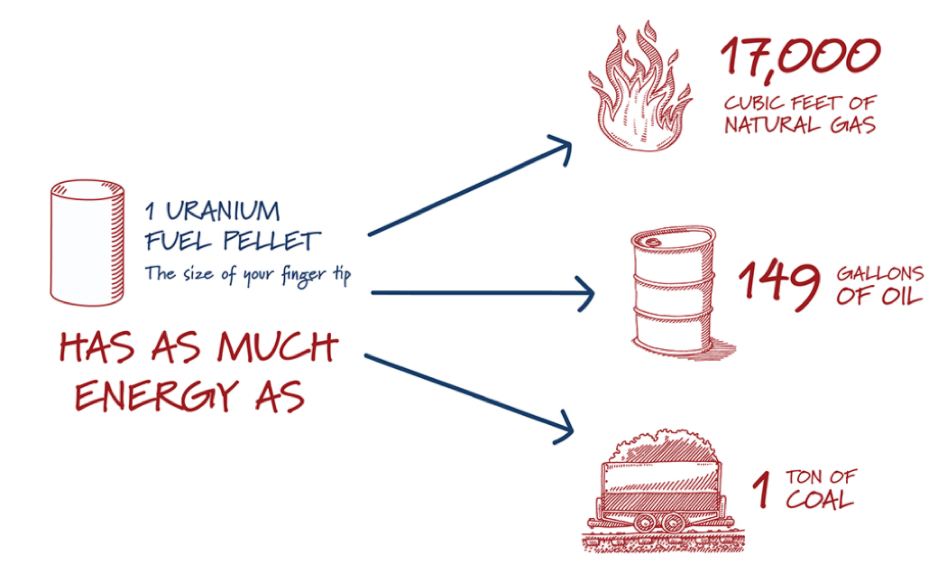 Nuclear energy produces 52% of green energy in the US, making it the largest contributor in the country, and avoids 476 million metric tonnes of carbon dioxide emissions annually. 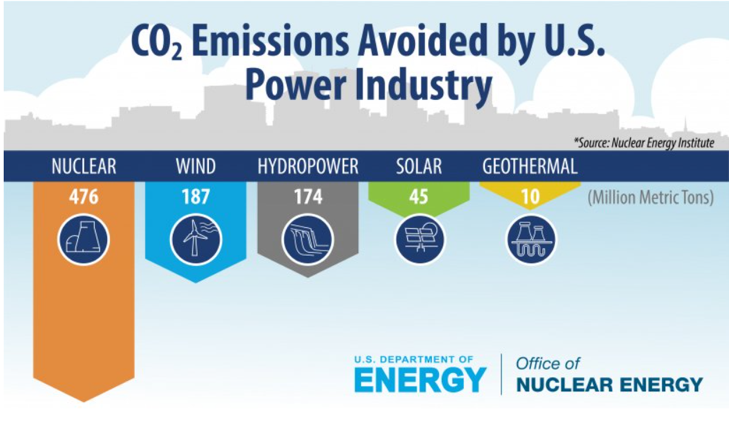 Source: US Department of Energy

As a proven provider of baseload electricity, nuclear power is an obvious option for creating an energy mix that works toward net zero in the coming decades. A recent report from the International Energy Agency (IEA) projects that the amount of energy supplied by nuclear power globally will increase by 40% by 2030, and 100% by 2050. The IEA anticipate that to achieve this pace, the global fleet will increase by as much as 30 Gigawatts per year in the early 2030s. With the average plant producing around 1 Gigawatt, this represents 30 new power stations per year.

The World Nuclear Association has an even more aggressive view, stating the global nuclear industry has a goal of nuclear energy providing more than 25% of the world’s electricity by 2050, which would require 1,000 Gigawatts of new nuclear build, on top of maintaining the current levels from today’s active plants.

Whichever group is correct, uranium demand is set to rise, however global production is unlikely to keep pace, with experts predicting a deficit in the market. Globally renowned investment bank, Morgan Stanley, have stated they are ‘most bullish’ on uranium out of the 17 mined commodities under the bank’s coverage. It summarised their thesis as:

Alligator Energy is excited to work toward producing uranium into this forecast market demand, and in doing so, supporting the global economy in its multi-decade journey toward decarbonisation.

Australia has an opportunity to take advantage of growing international interest in nuclear energy and look to expand its already significant uranium sector through exploring the role for small modular reactors. The Minerals Council of Australia has released the report, ‘Small Modular Reactors in the Australian Context’ written by one of Australia’s leading nuclear experts, Dr Ben Heard.

Subscribe here to receive the latest news and updates